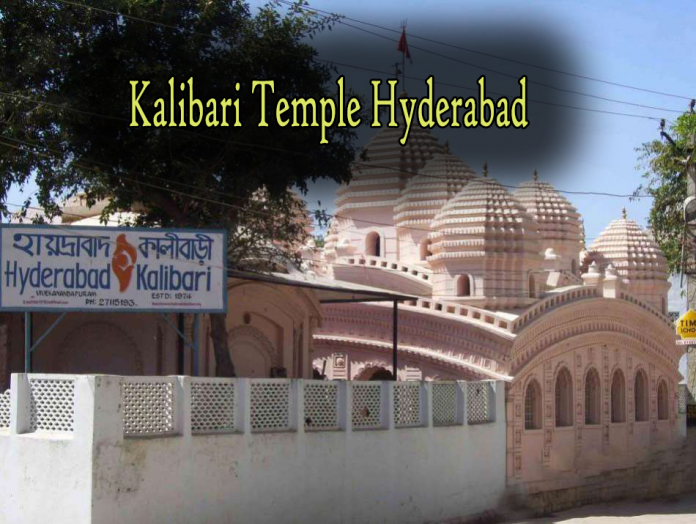 Kalibari is a Hindu temple located in Vivekanandapuram of Secunderabad, Andhra Pradesh, just 7 km from Secunderabad Railway Station. The presiding deity of the temple is goddess Kali, hence the name Kalibari or Abode of Kali. The temple is famous for its Kali Puja and Durga Puja which is held on October/November of every year during Dusshera and Diwali. The recently built Hindu pilgrimage called ‘Hyderabad Kalibari’ is located in Vivekanandapuram of Secunderabad, Andhra Pradesh which is situated just 7.1 Km away from Secunderabad Railway station.

occasion to visit the temple: The pilgrims are better to congregate at Kalibari Temple during October/ November of every year during Dussehra & Diwali at.

Significance of the temple:

The idol sthapana and Pran Pratistha of the image was done by Late Sree Gostha Behari Bhattacherjee, Vidyaratna, a famous Tantric priest of famous “Chunagali Kali Temple” of Kolkata. Late Sree A.K.Ganguly assisted him to perform the pooja under vedic and tantric ways in accordance with shastrik injunctions. Late Sree A.K.Ganguly was the 1st priest of Hyderabad kalibari.

Swamy Ranganathanandaji Maharaj was approached for necessary guidance. He himself suggested that the Kalibari should be called as the “Hyderabad Kalibari”. Devotees visit the holy Kalibari premises in search of solace. They pray, they are blessed by the divine mother. Their questions are answered by her .Their vows are fulfilled. They leave the premises with a sense of heavenly comfort.