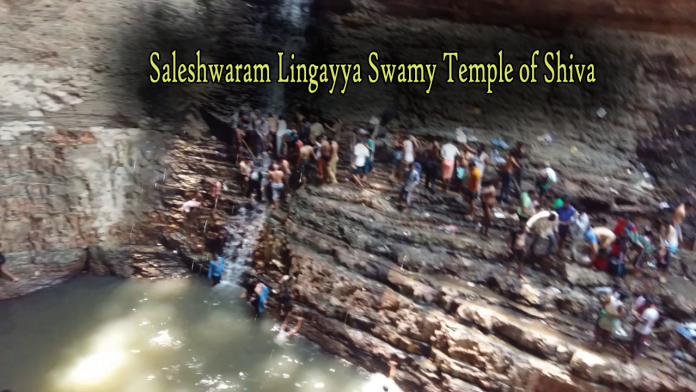 Saleshwaram Lingayya Swamy Temple, dedicated to Lord Shiva is tucked inside a cave in Nallamala forest. Located away from the hustle-bustle of the city is what makes this temple popular. There is a waterfall a few meters away from the Shiva Linga where water gushes out from a stone. Stroll through the forest and admire the nature, which, by the way, is seen in its purest form. The place is frequented not only by thousands of devotees but also adventure seekers from all over the country.

The significant feature of this temple is that, it will be opened only for 3 to 5 days during Chitra Purnima or the full moon day in April. Saleshwaram Lingamaiah temple is found about 10km from Nalamalla forest. It is famous for its wedge-shaped water fall,which seems to have been chiselled across a huge stone.  The Shiva Linga is in a cave next to the waterfall.