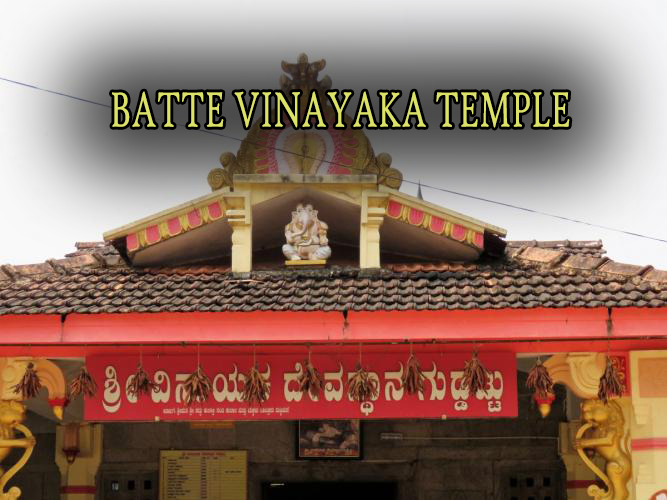 Batte Vinayaka Temple is one of the oldest shrines of the district. This Temple attracts large number of devotees on Sankashtahara Chaturdashi, Ganesha Chowthi and other auspicious days relating to Lord Ganapathi. The idol of Lord Ganesha is probably the only deity facing towards north. But, wearing a small piece of cloth around its waist and bells and plaited hair, the idol of Lord Ganesha is slightly leaning towards the west.

This quaint town lies 16 km from Udupi and is generally off the conventional tourist lists. Located on the banks of River Sita.

Renowned researcher Dr Gururaj Bhat and a research team from Mangalore University has suggested preserving the five footsteps in front of the Temple even when renovating shrine. The Temple is being renovated at a cost Rs 20 lakh