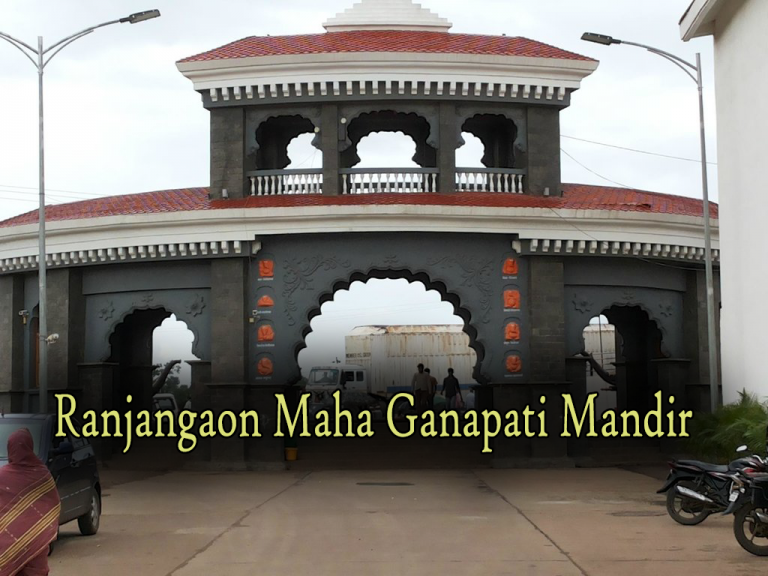 Ranjangaon Maha Ganapati Mandir Madhavrao Peshwa made a room in the basement of the temple to keep the idol of lord Ganesh. Later on Sardar Kibe of Indore renovated it. The idol of these lord Ganesh is also named as ‘Mahotkat’, and it is said that the idol has 10 trunks and 20 hands.