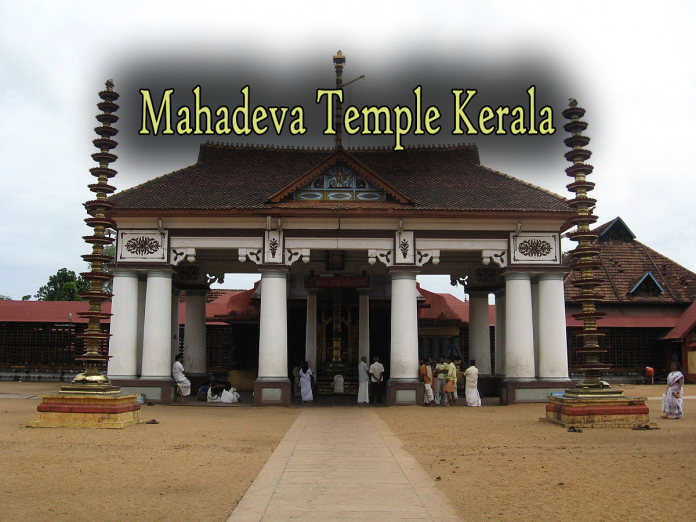 Ettumanoor Mahadeva temple is positioned in Ettumanoor, Kottayam district in the state of Kerala, India. It is said that the statue of the temple was donated by a Travancore Maharaja. The temple is dedicated to Lord Shiva. According to legend, an Asura called Khara got three Shivalingas from Lord Shiva himself. He took them with him to Kerala, holding one by his teeth and one each in his right and left hand.

At a distance of 11 Kms from Kottayam Railway Station, Mahadeva Temple located in Ettumanoor is one of the most celebrated Siva temples in Kerala. This is one of the popular tourist & pilgrimage sites to visit near Kottayam & Kochi.

1) The darshan timings of the Ettumanoor Mahadeva Temple might change during festivals and special days.

1) The Pooja timings of the Ettumanoor Mahadeva Temple might change during festivals and special days.

1) The Abhishekam timings of the Ettumanoor Mahadeva Temple might change during festivals and special days.

For Devotee’s convenience, at Darshanbooking we have compiled a list that shows Ettumanoor Mahadeva Temple Distance from various cities, Railway Stations and Nearby Airports :

Ettumanoor Mahadeva Temple, located in Kottayam district, is famous for its murals. The most famous of these beingthe painting of Nataraja (depiction of Lord Shiva as the cosmic dancer) in the gopuram (ornate temple tower). The temple is also renowned for the annual Ezharaponnana  (the seven-and-a-half elephants finished in gold) Ezhunallathu (procession).

This temple is known for its exceptional murals and woodcarvings made in 16th century. The themes of these murals are stills from the Hindu epics, Ramayana and Mahabharata and the and Puranas.The oil lamp at the entrance of the temple is believed to have been lighted for more than 450 years and it is fed with oil by the devotees everyday. There are 14 decorative gopuras in the temple built in 16th century.

Another attraction of the temple is Ezhara Punnana (golden elephants) donated to the temple by Maharaja of Travancore. The golden elephants are kept on display during the temple annual festival celebrated in the month of February / March. Only Hindus are allowed into this temple.