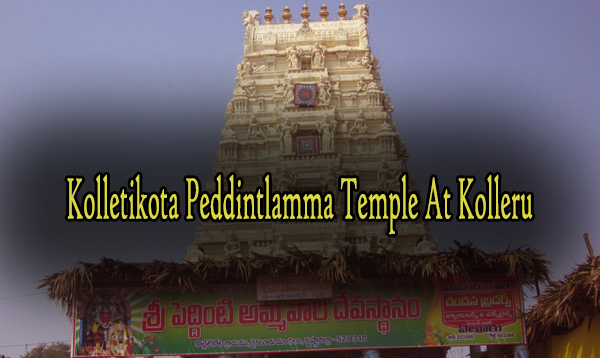 Kolletikota is a hamlet which comprises five villages and is located in the Krishna district. It is famous for the Kolleti Kota Peddintlamma Temple, which is a highly revered temple of the area which draws a large number of devotees from many parts of the district as well as the state. The presiding deity of this temple which is believed to have constructed in 11th Century is Goddess Peddintlamma. The 9 feet high idol of the goddess is kept in the temple which is very pleasant to watch. It is also famous about the residents of this village that even the snake bite from a cobra has no effect on them due to the presence of a special plant that grows in the area.

It is recommended that you plan your trip to Kolletikota in the winter season when the weather and atmospheric conditions are favourable. The winter season falls in December to February.