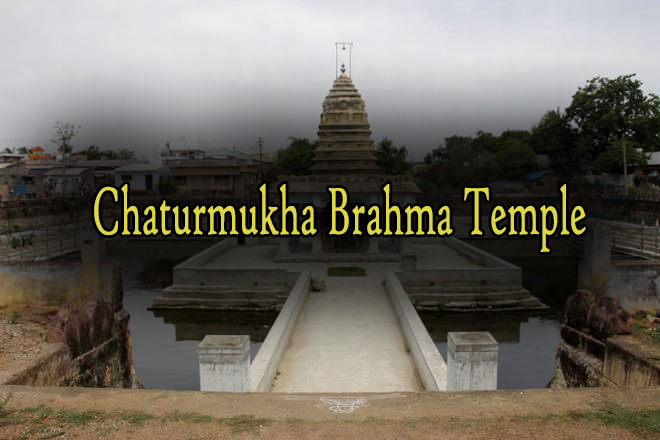 Chebrolu Brahma Temple is believed to be 1000 years old. Temple is located in Guntur district and is the
only temple for Brahma in Andhra Pradesh. One Temple for Brahma is located in Kasi and another one at Chebrolu. Temples in Chebrolu is of 2000 years old and dates to Chola, Chalukya, Pallava, and Kakatiya dynasties. From the inscriptions, it is known that Bayanambini, Commander-In-Chief of Easter Chalukyas conquered Dharanikota (the present Amaravati) and Yanamadula forts and ruled this region with Chebrolu
as the capital. During this time, many temples were raised in and around Chebrolu by Bayanambini. It is also known from the inscriptions that Chebrolu supposed to have 101 shrines.

Chebrole is located in Guntur district of Andhra Pradesh. This place is famous for its Chaturmukha Brahma Lingeswara Temple. The depiction of Brahma is unique to this place as the Lord is seen with four faces (Chaturmukha) here. A beautiful Nandi carved in red-stone can also be seen in this temple. Buckingham canal which passes through this place was an important source of irrigation and inland transport.The Brahmalingeshwara temple also contains the tiny shrines,which is located at the center point of the temple tank. The prime god is Shiva Linga, which  includes four faces of Lord Brahma.

It is said that Lord Brahma was cursed by Bhrugu Maharshi that he would not be worshipped on earth which is the reason why a Shivalinga with carvings of Brahma on its four sides was consecrated here,  instead of a separate idols for him.